1 Lake Kariba (above)
One of Africa’s most underestimated attractions. When the Zambezi River was dammed to construct a hydro-electric power station, an immense inland sea was created, 270km in length. A remarkable and dramatic rescue ordeal (Operation Noah) was undertaken to save wildlife from the rising waters. Take a houseboat to explore the wildlife-laden shores or angle for bream or tigerfish. Petrified forests add mystery to some of the most intense sunsets you will see anywhere. Want a place to chill out? You can’t go wrong with Kariba.

2 Matusadona National Park
An enchanting landscape of flat plains and rugged mountains, this national park sits on the southern shore of Lake Kariba. Wildlife populations remain strong; the park is popular for walking safaris. Used as a sanctuary for black rhino, a strong conservation effort persists.

3 Mana Pools National Park
A stunningly beautiful wilderness sitting between the Zambezi escarpment and the river, this UNESCO World Heritage Site is a favourite park for wildlife lovers, famous for both canoeing and walking safaris. Close-up encounters with its abundant wildlife are commonplace, and its forested floodplains, sandy riverbanks and the four main pools that give the park its name (Mana means ‘four’ in the Shona language) make this a particularly dramatic park.

5 Chizarira National Park
About 50km inland from Lake Kariba, Chizarira is a remote land of sweetwater springs and seeps, hidden valleys and pockets of lush vegetation. Very little tourism has reached here in recent years, but efforts are being made to reinstate an infrastructure. Hardy self-drive adventurers will be well rewarded.

6 Victoria Falls
One of the great natural attractions. Stretching over a width of 1700m and standing 108m tall, Victoria Falls is the world’s largest waterfall, always impressive but utterly breathtaking at its ground-shaking fullest. The numerous exciting activities offered around the falls — from whitewater rafting to ziplining, bungee jumping and others — have made it Africa’s adrenaline capital. Take time to linger in the rainforest. There are plenty of wildlife experiences nearby, including in the Zambezi National Park, just 5km upstream.

8 Hwange National Park
Known for its thriving population of elephant, at 14,651sq km, Hwange is Zimbabwe’s largest protected area and most-visited park, just two-to-three hours from Victoria Falls. With 108 species of mammal and over 400 species of bird recorded, Hwange actually has one of the highest animal diversities of any park on the planet. No wonder it has attracted researchers, which has ensured, among others, a healthy wild dog population. Several lodges and camps make all areas of the park visitable.

9 Matobo National Park
Many who explore Matobo talk of its almost spiritual ambience. It is unlike anywhere else in Africa. Its rambling landscape of whaleback dwalas, precariously balanced boulders and granite kopjes is inspiring. The ancient San people believed the area to be sacred, and more than 3000 of their rock art sites are found here, earning it its UNESCO World Heritage status. The park has a high concentration of black eagles, leopard and ground hornbills, and also protects healthy populations of white and black rhino, which attract the tourism that helps further protect them.

10 Bulawayo
Zimbabwe’s second city is certainly worth spending a few days in. It’s charm lies in its colonial buildings, wide avenues, delightful museums (Natural History and railway), Hillside Dams and nearby World Heritage-listed Khami Ruins, which provide an intriguing look into the ancient Kingdom of Butua.

11 Naletale Ruins
The remains here are of a city dating back to the Rozwi Empire in the 17th century. The Rozwi defeated the Portuguese in 1693 when they tried to make inroads into the plateau that now forms much of modern-day Zimbabwe.

12 Harare
Despite a rapidly growing population and economic challenges, Harare is surprisingly well-maintained and is arguably one of Africa’s most picturesque and organised capital cities. Its central business district bustles, the tree-lined suburbs are serviced with modern shopping centres and the restaurants and pubs are perpetually busy. It is home to the National Archives, National Gallery and National Botanic Gardens, and on its outskirts is Lake Chivero and Domboshawa, both popular weekend excursions.

13 Eastern Highlands
The northern ranges of Nyanga and Vumba are just three hours drive from Harare, and will transport you to Scotland-like highlands. Mountain roads wend their way through pine forests, hiding coffee shops, inns, tinkling streams and picturesque fishing lakes. Vestiges of Iron Age settlements and other archaeological sites pepper the park, and there are numerous trails and plenty of birdlife. The famed botanic garden is well worth a visit. The latest attraction is the world’s highest zipline and an accompanying walkway that traverse a 500m-high chasm enabling visitors to look at the Mutarazi Falls face on.
To the south, the Chimanimani National Park is a trekker’s dream. Accessible only by foot, the park’s bulbous mountain peaks, jagged pinnacles, waterfalls, crystal-clear river, savannah valleys, stone forests and numerous caves, provide a stunning destination for those looking to escape to nature.

14 Great Zimbabwe
The namesake of the nation, these ruins date from the 11th century, making them the oldest structures in southern Africa. Built entirely of stone, the city is believed to have once housed up to 25,000 people. Artefacts suggest the civilisation here was part of a trading network stretching as far as China. There are two clear focal points — the Acropolis (Hill Complex) and the Great Enclosure, some 500m away on the plain below. Both are equally dramatic, with their elegant curving walls, consuming nearly a million individually shaped pieces of stone. Its 15,000 tonnes of material make it the largest ancient structure in Africa south of the Sahara.

15 Gonarezhou National Park
In the far south-east corner, the 5000sq km Gonarezhou is the second biggest and most remote of Zimbabwe’s parks, which is a shame because it is spectacular. A trip here will take you through a continuum of ever-changing ecosystems, ranging from floodplain thickets, sandveld forests and wetland. Three rivers form natural shelters for more than 400 species of bird and abundant wildlife, including the legendary tuskers that give the park its name (gonarezhou translates as ‘the wilderness of elephants’). A new charter service will make it easier to visit, and visit you should.

Inspired by this article from issue 81? Connect with quality travel companies and accommodation providers with reliable operators from this list. Discover new destinations, explorer familiar parks, learn more about Africa’s wildlife and cultures by subscribing to Travel Africa by clicking here. 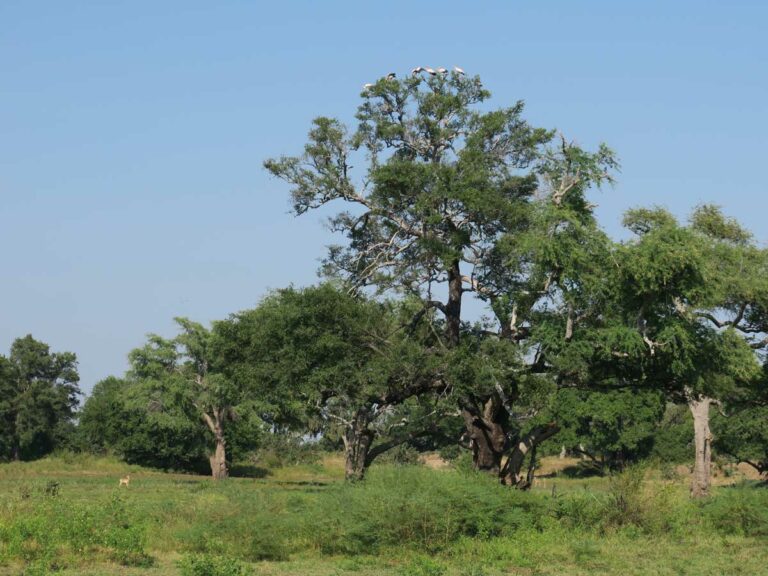 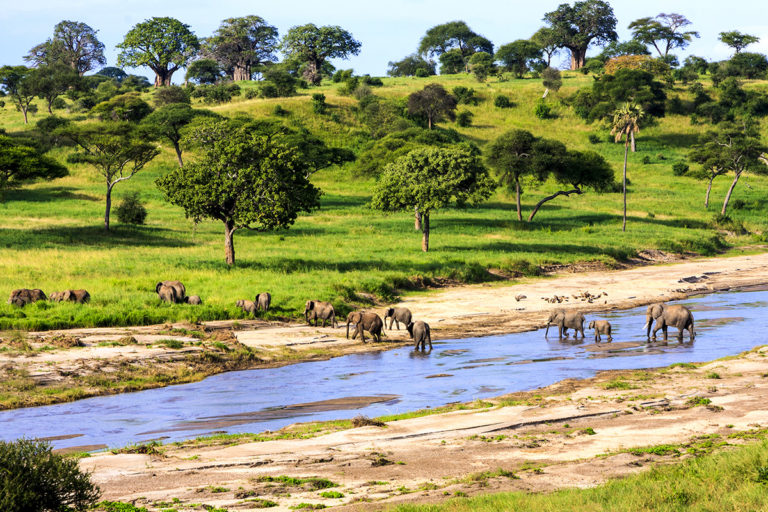 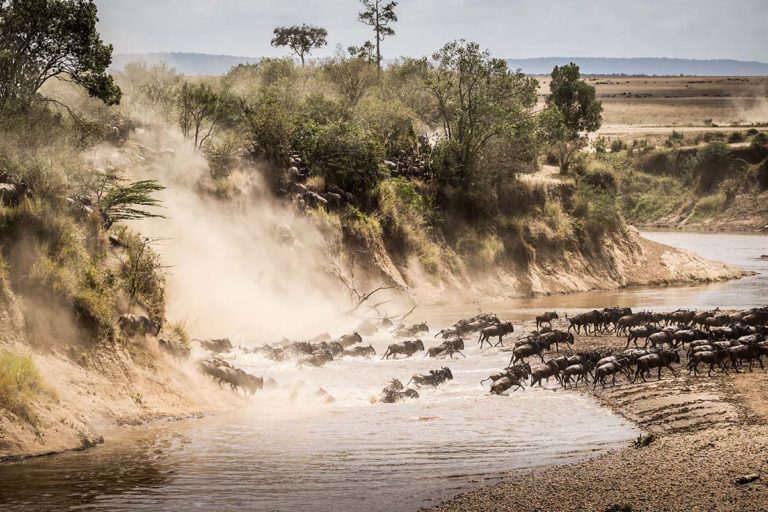 Kenya is a microcosm of Africa. It has more than fifty of the world’s most breathtaking national parks, harbours some of Earth’s most threatened wildlife and promises an experience that’s both spiritually moving and visually luminous. So, in case Kenya doesn’t already feature on your list of dream destinations, Jane Barsby tells you why it should. 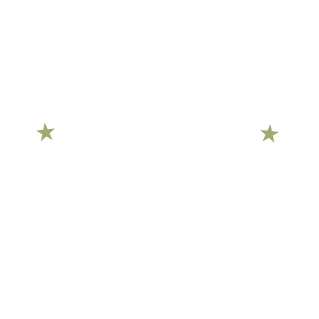